My analysis on the movie A Ghost Story, 2017:
Edward Gomez

I apologize in advance; English is not my first language.
I was amazed by the slow but very thoughtful pace of how the events develop, an eerie photography and a haunting music add to the sadness and frustration experienced by the main characters, M & C, in a nutshell ; a rumination of sadness and love eternally thru space and time. Excellent movie, one of the best in 2017 !
I say ‘eternally’ because this is one of those movies where the story starts as a linear plot, you think you are going from point A to B, then ¾s ahead of the movie you realize that the story cycles back in re-inserts itself into an eternal loop, a circle with no start and no end, a Möbius Strip
This concept is very good exploited by Christopher Smith in 2009’s thriller Triangle, both stories have a lot in common and both have a pivotal point where the loop apparently starts and a both characters have a strong motivation.
Let’s see, in Triangle the character played by Melissa George dies and she is offered the option to move on ( the taxi driver, supposedly the devil ), she rejects it thinking that she can go back and fix things, driven by an immense guilt feeling over the dead of her son and how she mistreated him and neglected.
In the Ghost Story, C played by Casey Afleck is offered the option to move on into the next plane, heaven, purgatory etc, a glowing door appears for him to enter, he rejects it driven by love and a strong desire to reconnect with his wife.
At the beginning of the movie; the spectator is inserted into the middle of this circle, events have already been going on, in Triangle you see that many loops had already passed ( dead birds on the beach ), in the ghost story we can perceive that we are already in the loop, C complains about noises in the house , if you turn up the volume you will hear the scribbling and scratching on a wooden wall ( the ghost trying to dig up the note), someone making noises on a piano, strange bright lights etc, so there was a ghost already roaming the house, so C was already dead !, we are in the Nth loop. All of these hauntings were the reasons why M wanted to leave the house, C felt attached to it and he is destined to inhabit it forever.
And the proof that it will continue is given at the end, when ghost # 1 disappears after reading the note, but ghost # 2 stays, he will roam around that house, will go thru everything that we saw for ghost 1, will go to the future, jumps back to the past and eventually will disappear as well.
Another proof is that during the credits ( turn up the volume) and you will hear the Hispanic kids’ laughter, meaning that they moved ( the lady and her two kids ) to the house and the cycle will go on.
We see that both ghosts see M leaving the house but only the #1 knows about the note ( #2 still doesn’t) and the one that disappears is our #1 by looking at the dirty and ragged sheets, #2 has clean sheets, fresh from the morgue.
Eventually #2 will phase out and a new # 3 will appear, meaning that C will continue dying forever , the only way out of this eternal loop is to go thru the glowing door, i.e accepting and having the resignation to move on and let go.
What was written in the note is irrelevant, it just serves as motivation for C to go back, remember that C knows about the note only after his death, while alive he never saw M writing it and the jump to the far past is just extra material, all this wild west mini-story doesn’t add anything to our ghost quest except that it presents a possible explanation why M liked to hide notes, maybe the little girl somehow reincarnated in her.

0 comments, Reply to this entry

I apologize in advance; English is not my first language.

I was amazed by the slow but very thoughtful pace of how the events develop, an eerie photography and a haunting music add to the sadness and frustratio” read more 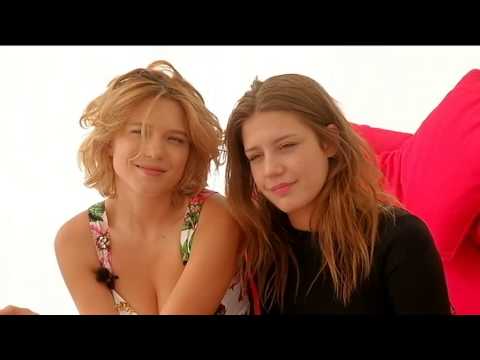 1 year, 10 months ago
egv added 7 items to My Selection Of The Best Bond Girls list

My Selection Of The Best Bond Girls (7 movies items)
1 year, 10 months ago
egv posted a comment on this image

1 year, 11 months ago
egv posted a comment on this image

2 years, 1 month ago
egv posted a comment on this image

"Jeff Beck, The Yardbirds next to Clapton & j.Page, The Jeff beck Group,"

2 years, 1 month ago
egv added 11 items to The best guitar players ever !! list

"the order is meaningless, all of them are number 1 for me."

You have not added any items yet. (Help on adding items)